Meeting Guillermo del Toro and Doug Jones was that moment in my life where time stood still and I could not be anywhere, but still in that moment. As if I were meeting for the first time, a living being from the planet that I felt home to. It is in these moments that I remember why I am continuing to strive for the life I want. A place where creation is fluid and there are no restraints to the imagination. A place where there are no fluorescent lights evaporating the vision into a distant dreamlike memory. Am I crazy, yes most certainly. Am I deluded in thinking I can live the Art Life? Well, when there is nothing else to believe in – yes. I have realized that my most sincere thoughts as a child were.. why am I alive? why does any of this exist? I’d rather be sleeping, there is so much more going on there. To my adult life, realizing that I can pull from those visions and make them come to this life and this is why I am alive. How does that have anything to do with these two beautiful creatures. Everything. They are doing it, they are living the art life and creating other worlds. So you can imagine, how important it was for me to finally meet them.

Pan’s Labyrinth is the film that brought me to the possibilities of making this life I desire possible. This film had struck so many cords within my own psyche, I could not turn away. I appreciated the brutal reality he kept in this fantasy, not leaving out the disgusting nature of humans. The delicate detail and beauty in every scene. The connection I had with the girl alone in a circumstance in which she had to meet multiple challenges but continued to believe the truths she held so deeply. Over course at the end, I was destroyed and elated that she ended her journey through death into the realm she belonged. From then on, I was hooked to both Guillermo del Toro and Doug Jones. 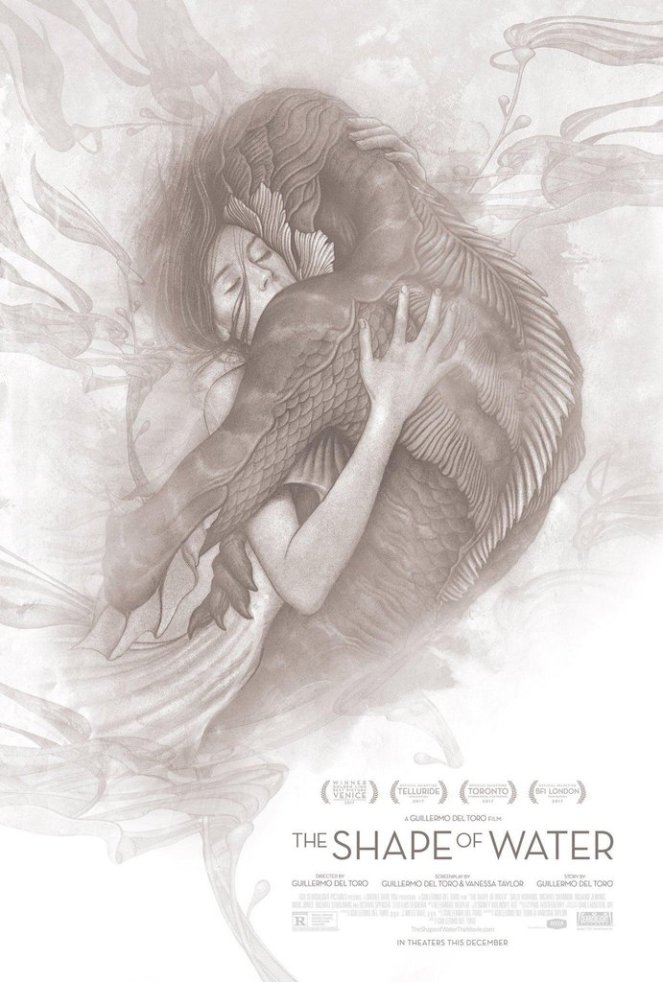 One day around 2am whilst almost falling a slumber, I had a feeling I should check Guillermo’s twitter. Strange? Well, I was aware he was doing work for the release of his new film and I wanted to know all about it. Through this, I found out he was announcing he would be doing a Q & A with the cast at the first showing of his new film “The Shape of Water” at the Lincoln Center in New York. Of course, I bought a ticket immediately. I had no idea if I could make it, but it happened and I did.

I was delirious, as is the case in doing anything extra in New York. I wanted to gift him

something, so I grabbed my prototype doll I had been workshopping over the past year. It was the “Neptunian,” a being from the planet Neptune where nothing but ether exists. The Neptunian is made from clay, marbles and Grace’s whimsy golden locks adhered to a wooden plaque. I felt it had the closest connection to Guillermo, it was an honor to bestow it upon him.

What can I say about The Shape of Water? Every scene had such rich color tones and dreamlike sequences, of course, I would fall in love with it. The visual poetry in motion that is this film. I don’t know why people have to be so literal and judgemental before giving it a chance. But hey, it won best film of 2018 – so take that! 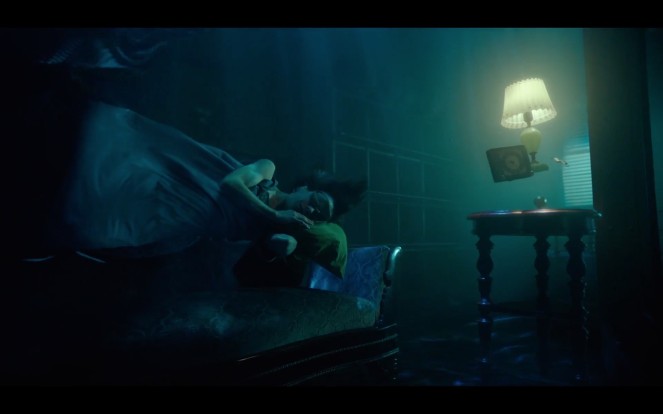 And again, characters I could emotionally relate to. Elisa’s life without speech, I know 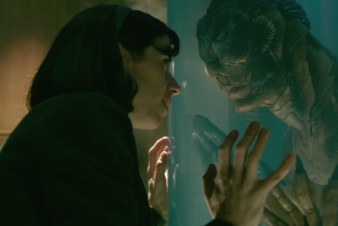 exactly what that is like and how the world relates to it. The imprisoned sea creature anomaly, being something that no one can relate to or even see. Living in a world that isn’t right. If only one could relate to others by vibration and emotive seeing without judgment. To fall in love with someone for who they are beyond their skins. Over course again, another bravo Mr. Del Toro and Mr. Jones.

After having seen this beautiful film, I was aghast as to how I was going to gift him, my creature. It was a Q & A, so I thought I’d take my chances and make a fool of myself and ask a question and then gift it? eeek. nope. Didn’t happen. What an unbelievable moment it was to just see this film with all the characters delivering such memorable scenes, and then to see every single one of them come through the door right away was magic. At the end of the Q & A, they all came down the aisle I was seated in. As he came forward in slow motion, with fans all around him clamoring for autographs, I said: “Mr. Del Toro, I have a gift for you!” He turned straight towards me directly grabbed it from my hand in slow motion and held it up to his chest, as if hugging it. And said, “oooh for me.. I’ll take it! Gracias!” Then gave me a hug, a cashmere Teddy bear! xo

“The Shape of Water”

and so so many more creatures and characters. The unsung talent of the widest variety of creatures. It is just unbelievable how much he completely dissolves into each and every one of his performances with equal natural emotive abilities.

Dark Delicacies in Burbank, one of my favorite shops,

was having a Doug Jones Funko Toy signing! EEEee, I am fairly certain that I rambled on about his characters and how he has inspired me in my journey to SFX creature makeup and character design. He was, of course, patient and obliging. I gave him my very old/new version of the Lady zombie design I created in 2010 and redesigned this year. As a resin cast painted in red, of course in salute to Crimson Peak. 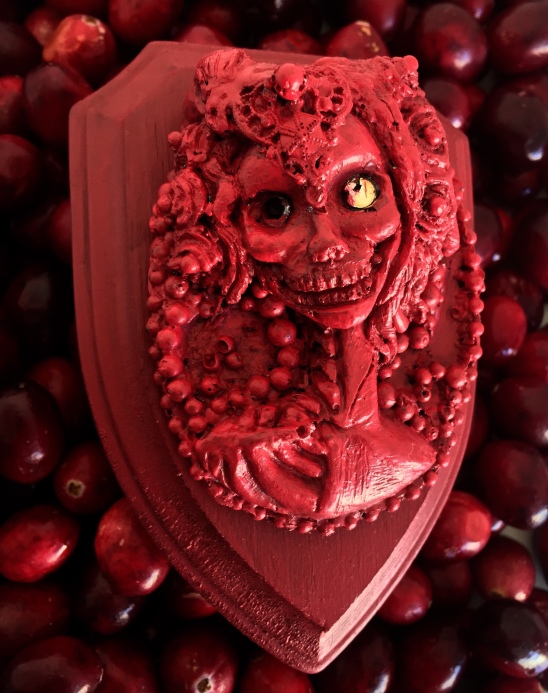 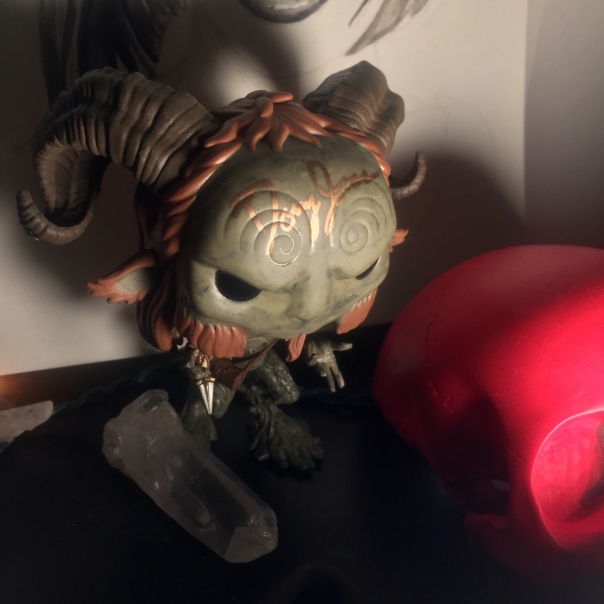 I love their relationship, I can not wait for more.!

How cute is this…. 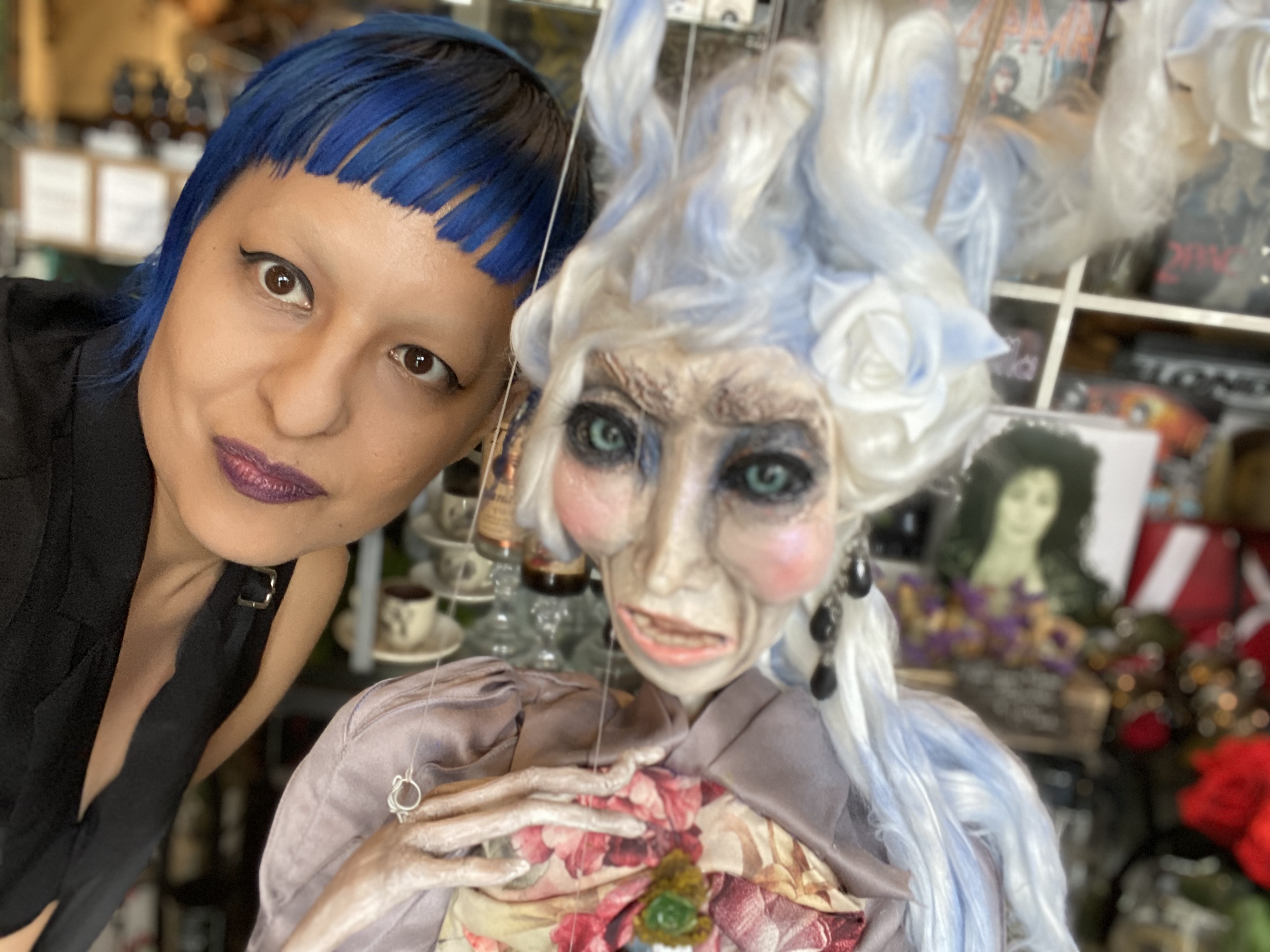